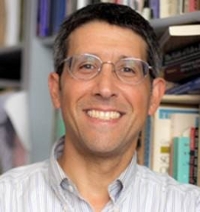 Dr. Berger received his B.A. cum laude with Honors in Religion from Princeton, M.A., M.Phil, and Ph.D. in Philosophy of Religion from Columbia. He also received a Lady Davis Post-Doctoral Fellowship at the Hebrew University, Israel. His research and teaching focus on issues of religious authority, rabbinic literature, and the development of Jewish law in Judaism. He is the author of Rabbinic Authority (Oxford, 1998), and edited The Emergence of Ethical Man (2005) based on the writings of the late Joseph B. Soloveitchik. He has written on medieval & modern Jewish thought, Jewish marriage, and violence in Judaism. He is currently exploring issues in contemporary Jewish identity and education, for which he serves as a consultant. He won the Center for Teaching and Curriculum's Excellence in Teaching Award (2000).