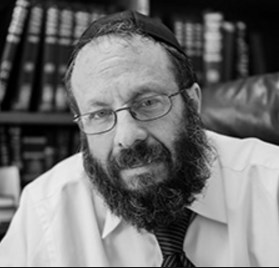 Language
English
Download Stream
Share
HaAmek Daber 05
Length: 31 min
Details
When G-d breathed life into Adam, Adam reached his highest level of perfection There are 5 verses which seem out of place. After creating Adam and before commanding him, the Torah speaks of rivers. Netziv says that from these rivers we can learn about the world, and about the role of man within it. If there is nothing to learn, what difference does it make? Why are these rivers mentioned? There are many other rivers in the world. He cites Gemara in Bechorot 55a (Chazal will give us an insight into the background to the verses, and as a result the Netziv will explain what we can learn from this for human life). According to Chazal the Euphrates is the name of the river before the separate into four rivers. Only Euphrates comes from Eden. Netziv explains that there are four types of people, and their enjoyment in the physical world. These four types are represented by the four rivers. RT What emerges from the commentary of the Netziv? The “insertion” of these verses 10-14 is an expression/metaphor of man’s relationship with G-d. When I speak of creation of man from “G-d’s point of view” – that’s the first verses of Bereishit. However there is a dimension from “man’s point of view” which is represented by the rivers which metaphorically describe man’s relationship with G-d. This is the Torah’s way of telling us that man has tzelem Elokim. There is a switch in the names of G-d. Chapter 1 is Elokim. Chapter 2 is Hashem Elokim. Netziv explains that when man describes G-d as the Creator of the world, the Torah uses Elokim. YK-VK (See Parshat Noach) represents man’s personal connection to G-d. There are actually three levels: 1. G-d – G-d side (which we cannot understand) 2. G-d – man side 3. Man – G-d side Therefore it is natural that the first chapter of Bereishit speaks of Elokim because it speaks of creation Chapter 2 is the shift from Elokim(mode 1) to YK-VK (mode 3) so it makes sense that the two names are used in combination.
Source
Machon Shlomo