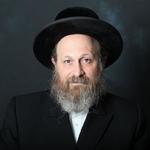 Language
English
Download Stream
Share
Jealousy (3) Discovering Our Deep And Hidden Motives
Length: 39 min
Details
Third in series based on a drashah (talk) by Rav Tzvi Meir Zilberberg of Yerushalem during the week of Parshas Korach 5757. Korach, the story of jealousy in the Torah. Korach's mistaken belief that everything he did was absolutely Hashem's will. Tzaddikim (righteous) have compared Korach's dispute with those of Hillel and Shamai - however, theirs was truly, and purely for Hashem's sake. The deeper and hidden agenda at the very root of Korach's motivation, which he and his followers were not aware of. The real reason for the rebellion was never mentioned. The reasons we present for acting in certain ways, often entirely unaware of our motives. Jealousy rots and ruins a person from the inside, even though he looks perfectly healthy and well on the outside. Moshe Rabbeinu's concern that he would cause his brother anguish, and the tremendous, resulting, week-long argument.
Avoiding Jealousy by Rav Moshe Weinberger